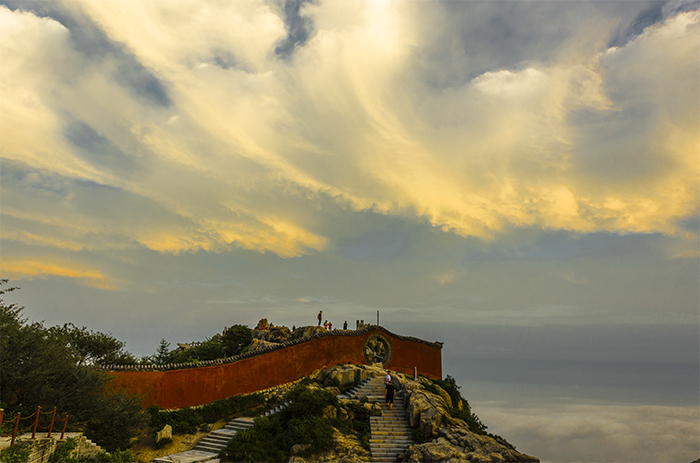 Tai’an is a prefecture-level city in western Shandong province of China. Centered on Mount Tai, the city borders the provincial capital of Jinan to the north, Zibo to the east, Linyi to the southeast, Liaocheng to the extreme west and Jining to the south. To the west, Tai’an is separated from the province of Henan by the Yellow River. Its population was 5,494,207 as of the 2010 census, of whom 1,735,425 lived in the built-up area made of 2 urban districts.

Your tour guide and driver will pick you up in the morning from your hotel, transfer to  Mount Tai.
You will take cable car up to the mountain from Heavenly Gate to the top and spend around 2 hours there including the Jade Emperor Temple.
After enjoy your time on the mountain, take cable car down. Then stop for a local lunch.

Your tour is finished with your hotel drop-off